Safety is the word which is important and has wide scope if we talk about safety from fire it can cover a
different department. Safety from fire is very important when we look at the fire hazards. Fire can create
danger if we will not use precautions against it. Fire hazard is a world issue in every country individual
effected directly and indirectly due to fire. In the history massive number of destructions happens due to
fire. Fire create through different ways, it can burn due to mixture or heat of oils, gases, kitchen use
materials and electric. Damages of fires are at massive level in different countries. Every year buildings
are destroyed due to burning of fire but unfortunately governments did use that much precaution from the
protection of fire damage. There are different reasons of fire. Many incidents reported in the kitchen areas 40.8%. 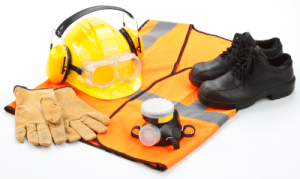 Internationally there were a number of incidents reported in history due to fire
breakout, in the United States of America, millions of properties were damaged due to outbreaks
of fire the main reason for that fire damage was inadequate to use of fire sprinklers and
fire alarms systems. Canada is also the most affected country.
Buildings destroyed in Norway were 800 in numbers.
In 1992 odd fellow palace was destroyed due to cigarette fire.
In 2003 France, a building was destroyed due to an electrical fire.
15 buildings were damaged due to an outbreak of fire reported in 2003

Fir is the name of hazard; it can affect people massively but unfortunately, governments are not
concentrating on that critical matter. Fire damages are mostly due to leakage of gas. Fire damage is a countries issue in every country most of the incidents took place due to fire outbreaks. The government is not taking precautions on that critical matter. It is a kind of hazard that can destroy things on a massive level.

 Government should make a plan for fire hazards and provide a budget to
educational institutions like universities, schools, colleges and hospitals, and restaurants,
for safety items and maintenance.
 In Commercial buildings owners of the building should maintain and kept all the fire
safety items also fire alarm systems and fire call point maintenance on monthly basis.
 Check and balance should be done by regulatory authorities on the private building owners,
whether they are taking fire safety precautions on their commercial buildings or not.
 Check and balance should be there where there is the threat of fire burn in buildings.
 Government should pass strict rules and regulations against the violators of fire safety
rules.