Automatic gas fire extinguishing systems don’t harm the people health, don’t influence to environment, no post-fire residue or clean up, and electrically non conductive. Thanks to these qualities they are widely used in areas with valuable equipments. According to the Montreal treaty (1994), Halon 1301, which was sold in our country for many years, was changed by alternative to him clean gas extinguishing systems. Filling and refill of cylinders with gas HFC-227ea (known as FM200), which is widespread in Turkey, has been deficit for many years.

HFC-227 ea (FM200) IS AN ALTERNATIVE TO THE MOST WIDELY USED HALON
Discharge: 10 seconds
No post fire residue or clean up
Is electrically non-conductive
No damage to protected equipment
ODP=0 (ozone depletion potential is zero)
Standards: ISO 14520, UNE 23571 and NFPA 2001

HOW DOES WORK THE AUTOMATIC CLEAN GAS FIRE EXTINGUISHING SYSTEM?

Detectors, mounted in the protected zones (room, suspended ceiling, and raised floor) detect fire and send warning alarm to control panel. When control panel receive a signal from zone 1 it gives sound pre alarm warns. When signal send from zone 2 it makes audible and visual pre-alarm warning. When control panel detects a fire by fire scenario you can make some actions or stop the process as you will. Ventilation equipments system will turned off, fire alarm will triggered, UPS will turned off and extinguishing agent will be discharged into protected zone. Fire extinguishing gas is stored in special cylinders for storage. The gas passes through pipelines and discharges into protected zone through nozzles. Concentration of discharged gas will be enough to extinguish a fire within 10 seconds. 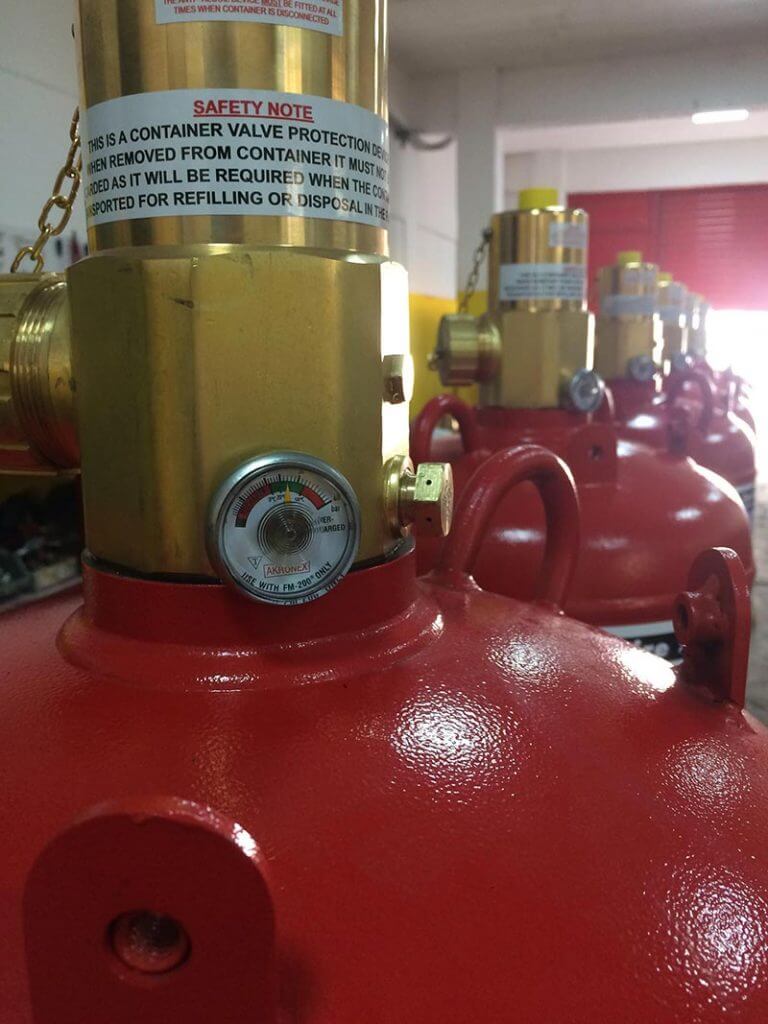 Get a Quote at Reasonable price Here.